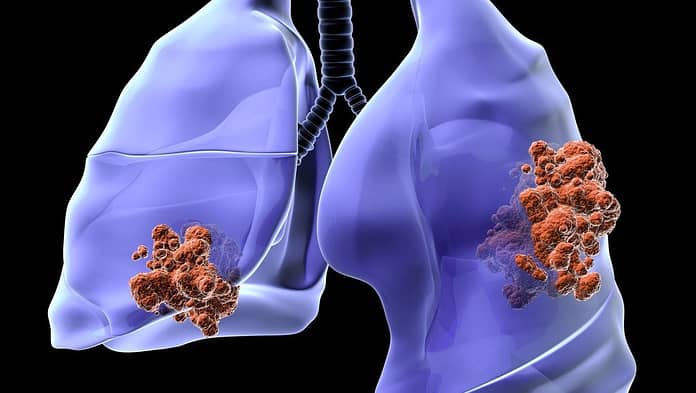 According to a study presented at the 26th Pneumology Congress, held in Lille from January 21 to 23, non-smokers affected by lung cancer have doubled in ten years.

Pulmonologists are sounding the alarm. Every ten years, they carry out an inventory of lung cancer. Their latest study, presented at their annual conference, shows that among people affected by lung cancer, the number of non-smokers has doubled in twenty years, from 7.2% in 2000 to more than 12% today.

How can this phenomenon be explained? Experts put forward several causes. First of all, there are causes intrinsic to the individual, such as genetic factors that promote the onset of the disease. But not only.

Atmospheric pollution is increasingly blamed for the development of lung cancer. Some specialists also blame environmental pollutants such as aerosols, pesticides or insecticides, which cause respiratory diseases and potentially cancers.

As for occupational cancers, the role of asbestos  is now known. The material is responsible for bronchial cancers, which evolve silently, without causing symptoms. According to pulmonologists, once the symptoms are declared (pain, cough, coughing up blood, etc.), it is already too late.

This study also revealed that more and more women were affected by lung cancer. They represent 34% of cases, against 16% in 2000. A sharp increase caused by the active smoking of this category of the population.

Because let’s not forget, cigarettes are still the cause of lung cancer in 85% of cases.

Pfizer, Moderna, Astrazeneca, Janssen: the side effects nationwide in France

The connection between the teeth and facial aging

Aging Happens Faster with Poor Diet and no Exercise