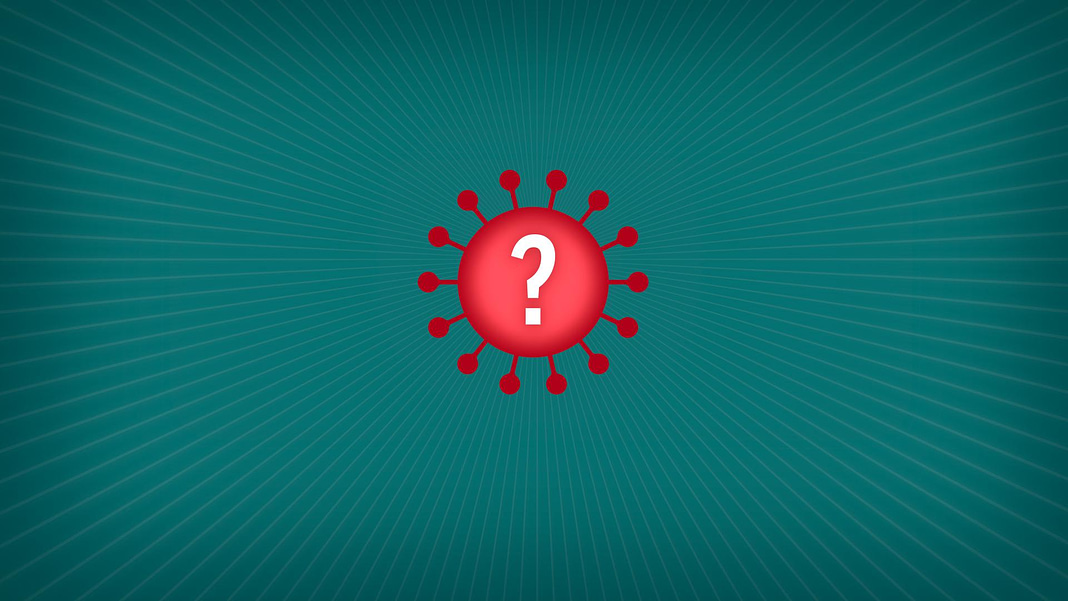 A more contagious variant of the coronavirus, known as delta, is spreading in the United States and around the world, causing a surge of cases in some countries and prompting several nations to introduce new lockdowns.

The delta variant, which was first identified in India, now accounts for 25 percent of new Covid-19 cases in the U.S. and is on track to become the dominant version of the virus circulating in the country, according to the Centers for Disease Control and Prevention.

In a news briefing last week, Dr. Anthony Fauci, the nation’s leading infectious disease expert and director of the National Institute of Allergy and Infectious Diseases, called the delta variant the “greatest threat” to eliminating Covid-19 in the U.S.

Here is what’s known so far about the delta variant.

Why is it a concern?

Research suggests that delta, officially known as B.1.617.2, is the most contagious of all the known variants to date, including the highly transmissible alpha variant that was first identified in Britain. Public health officials in the United Kingdom, where delta accounts for more than 95 percent of new Covid-19 cases, have said that the variant could be 40 to 60 percent more transmissible than the alpha variant, though studies are ongoing.

One of the ways epidemiologists determine the transmissibility of a new variant is to examine what’s known as the secondary attack rate. This involves tracking the close contacts of people who have been infected with different versions of the virus and see how many others tested positive.

“Let’s say you have 10 people with 20 close contacts,” said Dr. David Dowdy, an associate professor of epidemiology at the Johns Hopkins Bloomberg School of Public Health. “With one variant, maybe you see five of those close contacts get infected. If a second variant is 50 percent more transmissible, that number would be 50 percent higher. So in this case, you would expect 7.5 of those contacts to be infected, after accounting for vaccination status and whether they had a previous infection.”

What is the “delta plus” variant?

It’s not unusual for a virus to mutate and evolve as it spreads, and scientists have long cautioned that other worrisome variants could emerge with new outbreaks.

In India, researchers observed mutations separate from the delta in a sublineage of the virus that they dubbed “delta plus.” While it has not yet been designated a variant of concern by the WHO or the CDC, cases involving delta plus have been reported in 11 countries, including the U.S. However it’s not yet clear if delta plus carries additional risks or is associated with increased transmissibility.

Does the delta variant cause more severe illness or symptoms?

More research is needed, but there are indications that the delta variant may cause more severe disease. A study published June 14 in the journal The Lancet examined the impact of the delta variant in Scotland, where it had become the dominant strain. The researchers found that the risk of hospitalization from Covid-19 was roughly doubled for patients infected with delta, compared with people infected with the alpha variant.

“If for comparison we look at the original strain, the U.K. [alpha] variant and now the delta one, we are noticing that there is a difference in transmissibility, as well as the potential for more dangerous outcomes,” said Dr. Alejandro Perez-Trepichio, an internal medicine physician based in Naples, Florida.

Researchers in the U.K. have reported a shift in symptoms that may be associated with the Delta variant. Data from an app that more than 4 million people in the U.K. downloaded to report symptoms, vaccination status, and other demographic information daily found that the most common symptoms of Covid-19 are now headache, sore throat, runny nose, and fever — similar to what people may experience with a bad cold.

Some doctors in the U.S. have encountered a similar change. Shortness of breath, cough and other lung issues remain the most common symptoms of Covid-19, which was first identified in Wuhan, China, but some physicians have noticed more upper respiratory complaints, such as congestion, a runny nose, and headaches, with recent infections.

It’s not yet clear why cold-like symptoms are increasingly being reported, or if there is a link to the delta variant. The implications of such a change — if it exists — are also not yet known. A wide range of symptoms have been associated with the coronavirus, and the CDC includes congestion and runny nose on its list of potential Covid-19 symptoms.

Where is it spreading?

The delta variant has been reported in more than 95 countries, according to the World Health Organization.

“Every country that it has gone into up to now, you’ve seen an escalation in cases where it’s pushed aside the variant that was dominant before it,”
Cases involving delta have been confirmed in all 50 states in the U.S. and the variant is especially risky in parts of the country with low vaccination rates.

The variant is similarly fueling new outbreaks around the world. Several cities in Australia, including Sydney and Brisbane, imposed strict lockdowns to curb the virus’s spread. Astringent nationwide stay-at-home order was introduced in Bangladesh after infections spiked and the country recorded its highest single-day death toll of the pandemic to date.

In South Africa, a nightly curfew was upheld and new travel restrictions were put in place in Germany, Hong Kong, and Taiwan to limit flights from areas where the delta variant is widespread.

Are vaccines effective against this variant?

The vaccines in use appear to offer good protection against the delta variant, and most scientists agree that fully vaccinated individuals likely face little risk.

Moderna announced Tuesday that its vaccine is effective against the delta variant. The results were based on blood samples from fully vaccinated people and showed that these individuals produced protective antibodies against several of the circulating variants, including delta.

Though detailed results have not been made public for all of the available shots, similarly promising results have been found with both the Pfizer-BioNTech and the AstraZeneca vaccines. An analysis released June 14 by Public Health England found that two doses of the Pfizer-BioNTech vaccine were 96 percent effective against hospitalization from the delta variant and two doses of the AstraZeneca vaccine were 92 percent effective.

A previous analysis from the agency found that a single vaccine dose was less effective against symptomatic illness caused by the delta variant, compared to the alpha variant, highlighting the importance of getting both shots in a two-dose regimen.

And with instances of so-called breakthrough infections, when a fully vaccinated person became infected, the cases have typically been mild.

In Israel, where nearly 60 percent of the population is fully vaccinated, a recent spike in Covid-19 cases associated with the delta variant — including infections among vaccinated individuals — was not also mirrored in an increase in hospitalizations.

“The high-level message is that the vaccines work, two doses work better than one, and the more people who get vaccinated the better,” Dowdy said.

Though there’s likely not much cause for worry among fully vaccinated people, public health officials are concerned about outbreaks in places with low vaccination rates.

In the U.S., Covid-19 cases rose 10 percent this week over the previous seven days, an increase that was likely fueled by the spread of delta and lagging vaccinations, according to the CDC. According to health officials, pockets of the Southeast and the Midwest, where vaccine uptake has fallen behind, remain especially vulnerable. This type of uneven vaccine landscape could result in local surges as the delta variant takes hold, Fauci said.

“That’s what we are concerned about,” he said. “We don’t want that to happen.

Does everyone need to wear masks again?

In response to the spread of the delta variant, the WHO advised that people, regardless of their vaccination status, should continue to wear masks. The CDC has meanwhile stood by its guidance that says fully vaccinated people can largely forgo masks, though the agency acknowledged that local rules may change based on the situation on the ground.

Earlier this week, Los Angeles County, one of the nation’s largest and the most populous, recommended that everyone, including people who are fully vaccinated, should wear masks indoors.

“If there are any changes that would instigate making a change in recommendation, that will happen,” he said. “But for now, the CDC recommendation stands that if in fact you are fully vaccinated, you are protected and you do not need to wear a mask outdoors or indoors.”

Fauci added, however, that some elderly people or individuals with underlying conditions may feel more comfortable wearing a mask in places that are experiencing an increase in infections.

Ultimately, it comes down to comfort and common sense, Dowdy said. But he added that people should have confidence that the vaccines offer good protection.

“It makes sense to be cautious, but I worry that by saying everyone needs to wear masks again that we’re giving the message that we don’t think these vaccines are working,” he said. “That would not be a good message to send.”

Covid-19 and loss of smell: Persistence of SARS-CoV-2 and his Neuroinvasive Potential

Crowdfunding is Very Popular, but Can it Work for Medical Research?

India: a person dead and hundreds are hospitalized due to an unknown disease

Antipsychotic Drugs May Be Harmful for People with Parkinson’s